In a world where the seas were ruled by feared Vikings, the struggle to seize land and the treasures of powerful kings was the daily battle faced by these dangerous warriors. Join them and defeat the King to collect more wild symbols, fill the coin chests in a fun mini-game and multiply your wins. 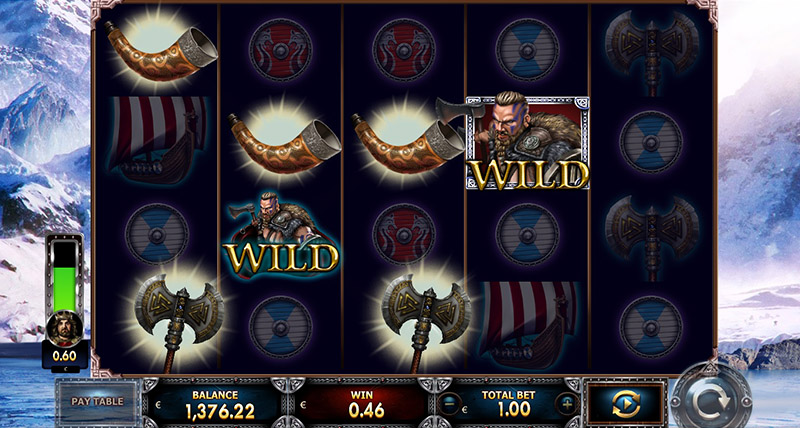 The Viking symbol is Wild and when it appears it moves from reel 5 to reel 1 generating a respin on each movement. When the first reel is reached, the spin is over. 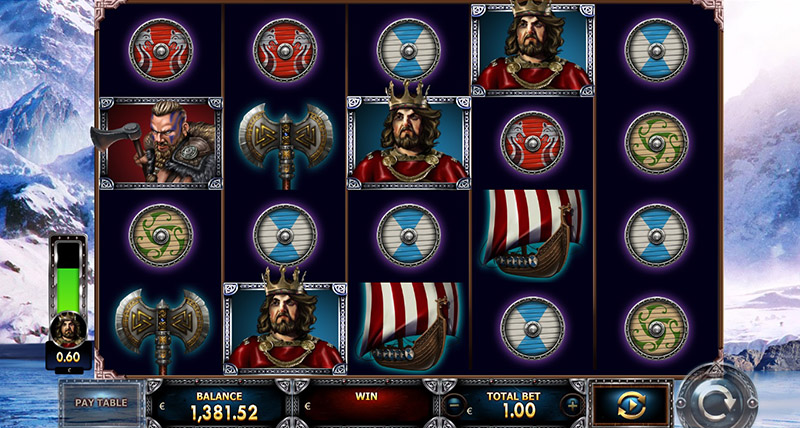 3 or more King symbols trigger respins of all other symbols. 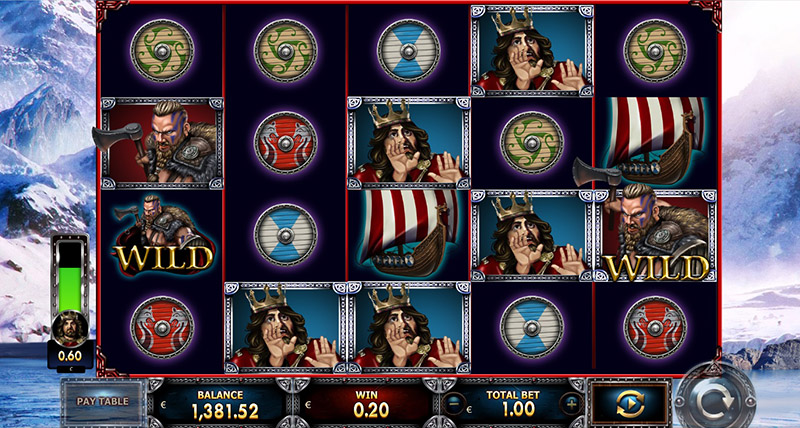 The viking attacks any king on sight, leaving WILD symbols in his path. 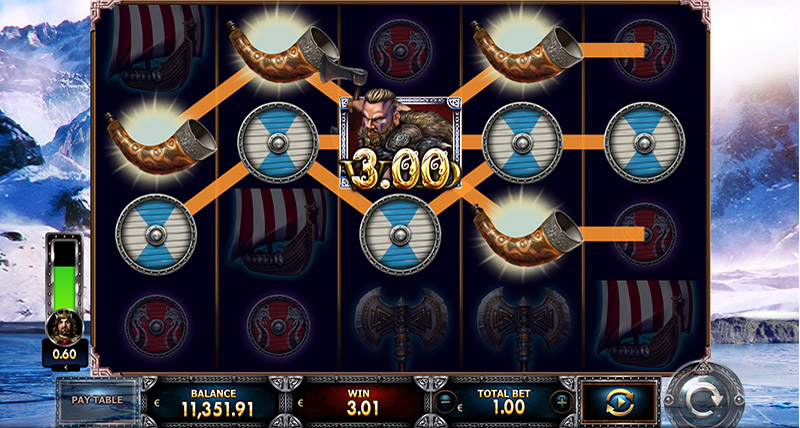 The paylines are formed by obtaining the same symbol in adjacent pockets from left to right (starting from the first reel). 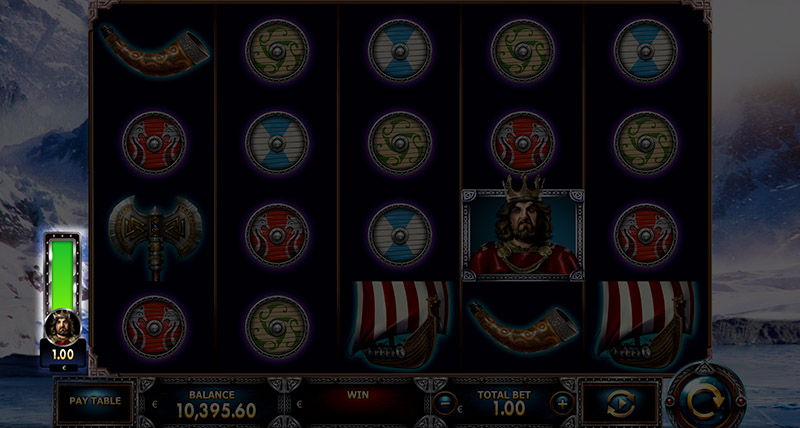 If you fill the progress bar entirely, “The King’s Coins” minigame will be launched. 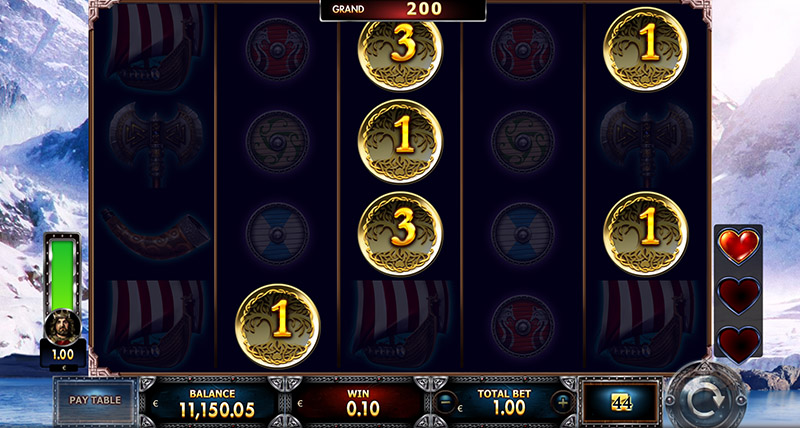 The minigame begins with 3 fixed coins and 3 free spins. Each additional coin will be fixed in place and the counter will restart at 3 free spins. It will finish when the spins run out or when all of the reels are filled with coins. 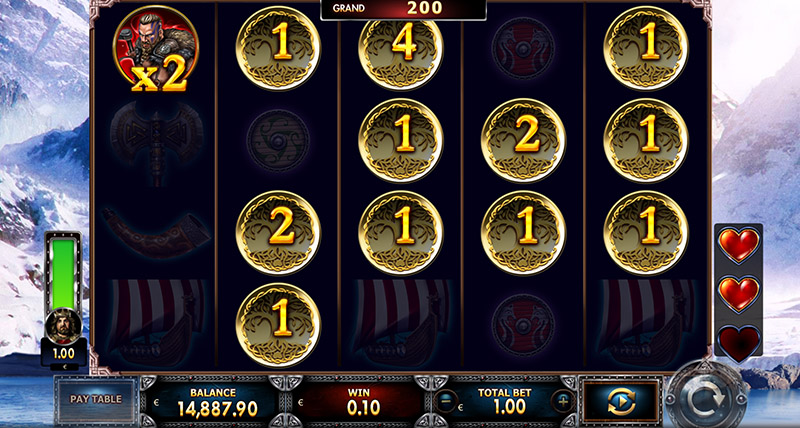 Multiplies the value of coins. 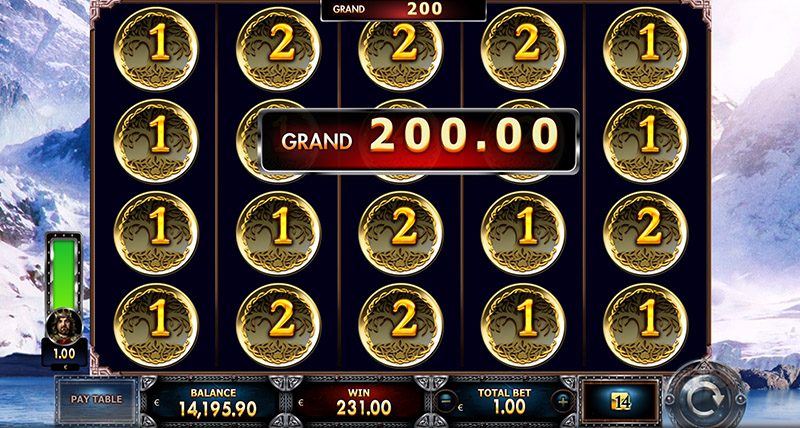