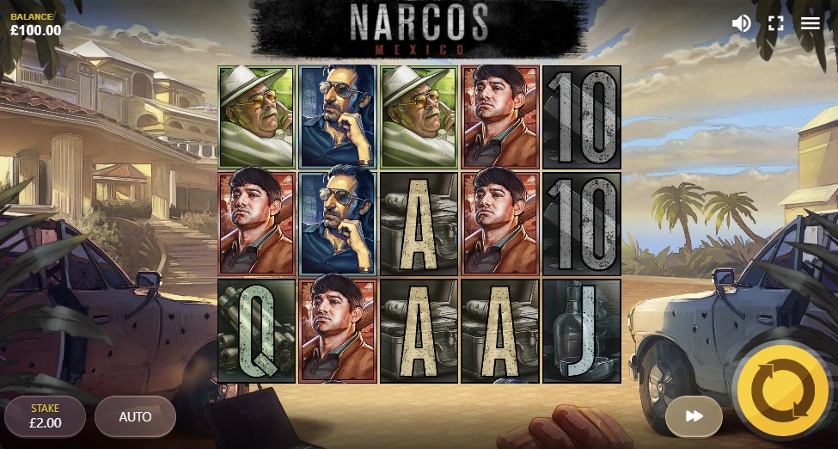 Hold onto your margaritas, folks, the Narcos franchise is back in another branded slot titled Narcos Mexico. This one comes from Red Tiger and is based on the Netflix series Narcos: Mexico, which was penned to be the fourth season of Narcos but forked off on its own path. A similar thing has happened in the slots world. The original game, Narcos, was released by sister company NetEnt after more than a year of build-up. Unfortunately, reality didn’t quite match the hype, and while Narcos looked fantastic, it ultimately lacked a knock-out punch, being disappointingly low in terms of potential. The good news is Red Tiger has seriously addressed winning potential in a follow-up slot that offers a brand-new bonus game based around cartel wars.

Two things the games have in common is a similar look and vibe. Narcos Mexico has the same neat cartoon realism the first one had, representing a deadly serious theme, but in a somewhat safe way. Five bosses grace the load screen between bullet-ridden cars, palm trees, and mansions, setting the mood. Exotic, yet it makes one wonder how or why some people are willing to put up with all the danger to live in a big house by the beach, and would it really be worth it?

In the base game, a couple of random modifiers pop up from time to time, called Supply Drop and Double Cash. When the Supply Drop is activated, an aeroplane passes above the game and leaves wild symbols on the reels. Double Cash randomly triggers after a winning spin, and the prize amount is doubled in value.

In Narcos Mexico, when you win 100x your stake or more, you can exchange an amount equal to 100x the bet for 3 Cartel Spins while pocketing the remaining amount. Alternatively, when you win 30x to 100x the bet, you can gamble the lot for the chance to win 3 Cartel Spins. The gamble takes place on a bonus wheel divided into red or green segments. Land in green to win, red to lose. 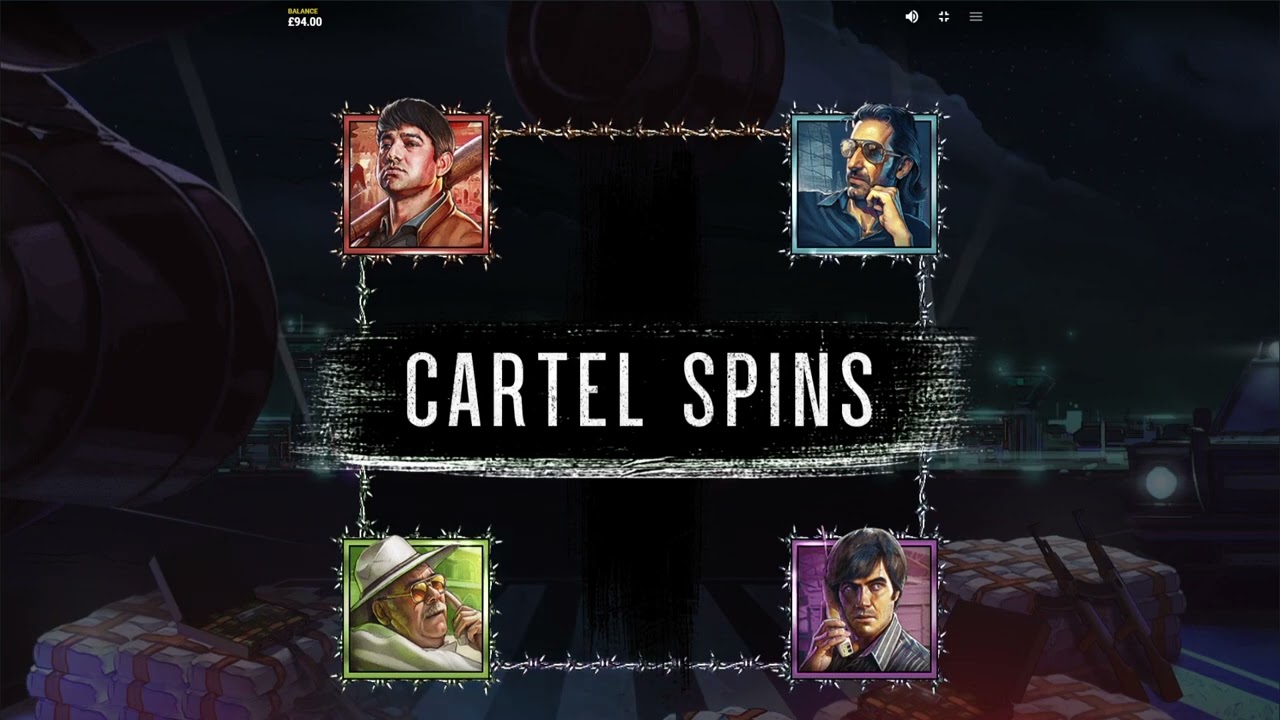 Cartel Spins are the main bonus game, triggered when 3 Cartel Spins symbols hit on reels 1, 3, and 5 in the base game or from the Win Exchange. This round takes place on a completely different game board 10×10 in size. In the four corners are four cartel leaders, while on each spin, the remaining cells display blank spaces, Mystery Territory symbols, Phones, or Planes. If these symbols land next to a leader, they are activated, lock in place, and reset spins back to 3. Activated symbols act like so:

On following spins, if new symbols land next to activated symbols, they are activated as well. In this way, each cartel leaders’ territory grows in size. When activated symbols touch, the leaders battle, and the stronger leader captures the other one’s turf. Cartel Spins end when all spaces are filled, you run out of spins, or the win cap is reached.

In the end, Narcos Mexico has the sort of numbers that should appease players disappointed by the first one. Cartel Spins might not be slinging bullets around with reckless abandon all the time, but Red Tiger has progressed the series from foot soldier to a higher-ranking member of the cartel.